Since moving into our new home we have been trying to tackle one project at a time! We have been learning the good, the bad, and the ugly about home ownership which I will write more about later!

The most exciting piece of news is that on Saturday April 26, we got a new puppy! He is an 8 week old French Bulldog and was born on February 25. His name is Rooney! We have named him after Wayne Rooney from Manchester United – one of Bryan’s favorite soccer players from his favorite team. Rooney is all sorts of adorable! Check out our first family photo:

What a photogenic little guy!

Everyone says puppies are a lot of work but whew-eee you don’t realize just HOW much work until you get one! He adapted to the house SO quickly, but since he is teething he likes to chew EVERYTHING. Luckily his cuteness makes up for the constant mini pee’s in the house, the whimpers that wake us up twice a night, and his gnaw marks on the furniture. Also, it helps that he LOVES to nap 🙂 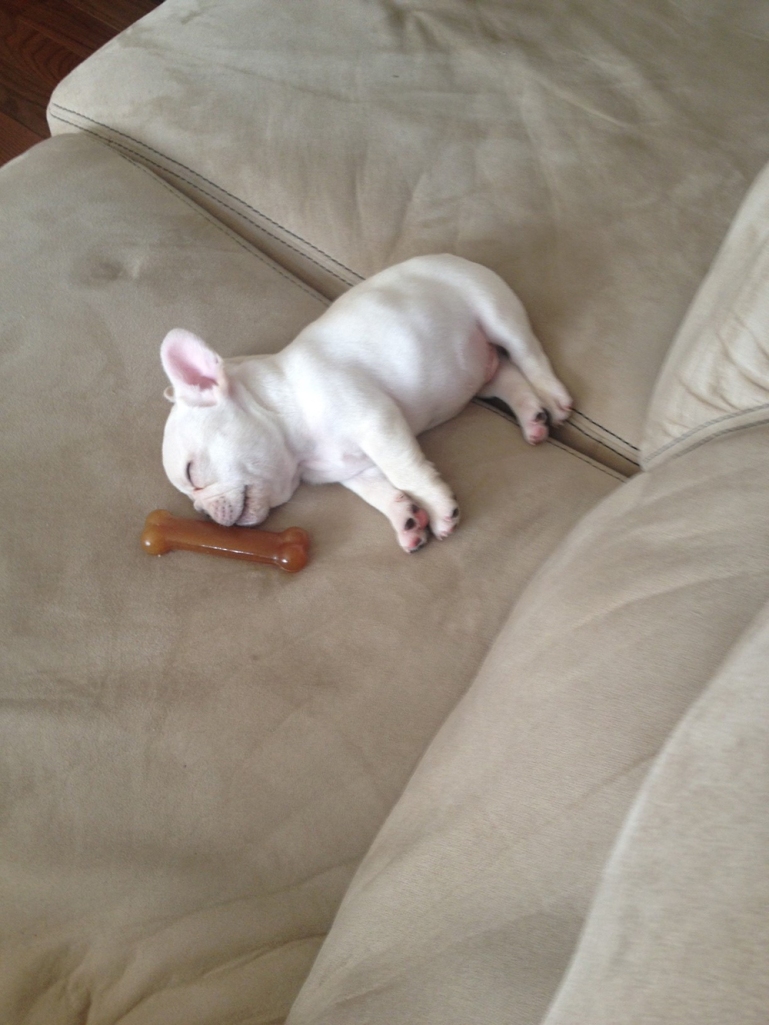 Here are photos of our first moments together! More updates soon on our new little bundle of puppy! 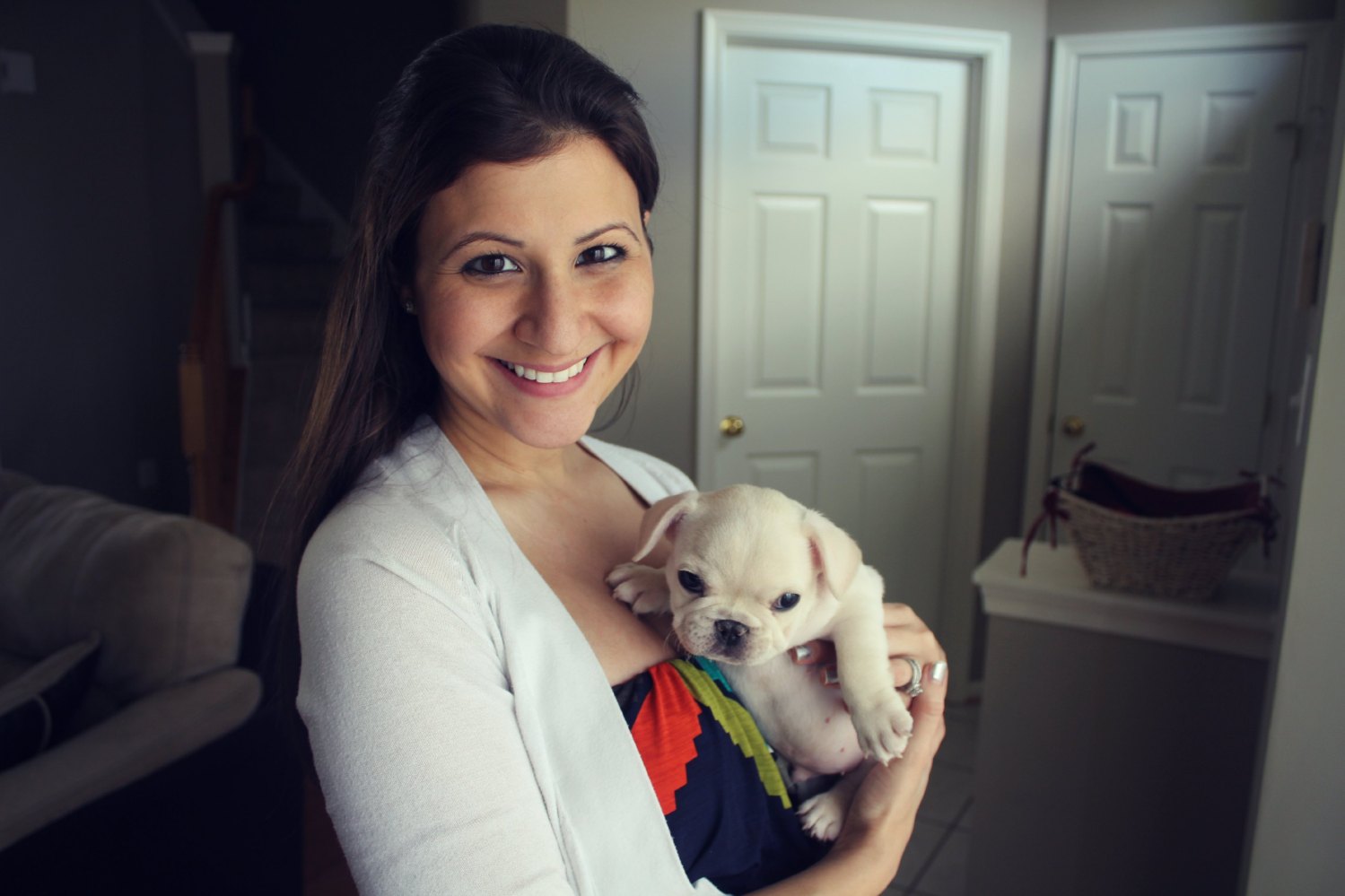